In October 2017, the Sonoma County region experienced several firestorms that left a blazing path of destruction and killed at least 25 people. In the aftermath, the communities faced a new danger as they struggled to recover. The resulting fire burn scars and ground conditions throughout the Tubbs and Nuns area had left the region highly vulnerable to life-threatening flash flooding and debris flows during heavy rainstorms. As they headed into California’s rainy season, Sonoma County and City of Santa Rosa officials knew that a flood warning network was needed as quickly as possible to assist the County and National Weather Service in detecting potential flooding conditions. 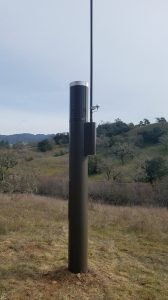 Led by Sonoma County Water Agency (SCWA) and working collaboratively with a team from OneRain and other local agencies, a plan was put in place to implement a new flood warning network for the region that would provide advanced warning for potential flash flood threats to the communities as they struggled to recover.

The timing and speed of installation of the new ALERT2-based radio telemetry network was critical. Strategic monitoring site locations within and downstream of the burn scar areas were chosen. OneRain conducted a radio path analysis and designed an optimized network plan that would leverage other existing ALERT2 networks in the area. 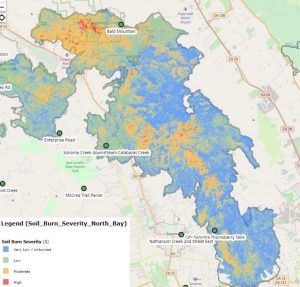 “The need on the heels of the October fires was imminent, and the pace at which we had to act was daunting. OneRain definitely stepped up to the plate to help us navigate this rapid deployment of our gauge network. Their expertise and professionalism were invaluable throughout the process,” said Jay Jasperse, Chief Engineer, Sonoma County Water Agency.

In a press release issued by the County of Sonoma and City of Santa Rosa, Brian Garcia, Warning Coordination Meteorologist with the National Weather Service said, “Knowing what is going on in real time is vitally important to the issuance of life-saving warnings, such as flash flood warnings. During rain storms we continually monitor the network of instrumentation across Sonoma County to maintain situational awareness.”